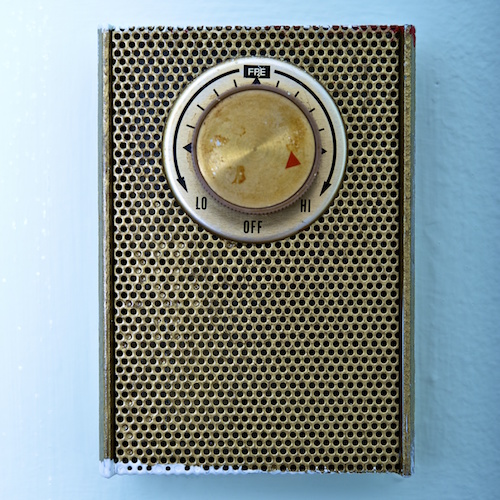 We live in an age of spectacular technology today. We’ve invented creative solutions to countless problems that used to plague humanity. Today you can solve most anything with a simple query from you smart phone. The information age truly has changed our society.

But I want to talk about an age just before the one we are living in now. An age that changed the way we built (and consumed!) housing in America. It changed almost everything about how a house was designed and used by its occupants.

The first modern air conditioner debuted in 1925 at the Rivoli Theatre in Times Square New York where it absolutely amazed patrons. This first air conditioner was invented by William Carrier as a way to reduce humidity in his printing plant. I doubt he had any idea how his creation would radically change the world.

Air conditioning was slow to catch on in residential housing at first because it wasn’t until the early 1950s that an affordable version was available. Before then you had to go to the movies or department stores to cool down.

[Tweet “”Once the air conditioner made its way into our homes, everything changed.””]

Yes, the thermostat had been around for decades to help us heat our homes, but the ways that it changed our homes and ourselves with the advent of air conditioning is truly stunning.

Gone were the over hanging eaves of the Craftsman and Victorian styles.  Gone were the sleeping porches and awnings. Window designs and layout could now deviate from previous design standards since cross ventilation was no longer necessary.

Houses that had previously been sited properly to catch prevailing winds and shield exposed walls from cold northern winds or scorching summer sun were now placed so as to fit as many houses in a row as possible.

If it became uncomfortable, you could just turn down the AC. Oil was cheap and so was the electricity it created. Cheaper than insulation and cheaper than designing homes to passively cool themselves like we had been doing for centuries.

It wasn’t just our homes that changed. It was us too. We got complacent, cocky and a little spoiled by the power we wielded daily. With the flip of a finger we now controlled the weather and could make it do our bidding for a nominal fee.

Power…ahhh it feels so good!

I may be waxing a bit poetic. I live in Florida and trust me, I understand and appreciate the fact that air conditioning has likely made that possible. Without air conditioning, we would all still be packed into the Northern states and Florida and Arizona would just be places we visit in the winter.

The Thermostat Age doesn’t have to be some dark time in our history as long as we can acknowledge it for what it is. An opportunity to make our homes better and more comfortable.

Just because we can control the weather indoors doesn’t mean we should ignore the wisdom our old houses and their designers brought to the table all those years ago. There should be a marriage of the two ages to create something extraordinary.

Design with passive cooling in mind and supplement with mechanical cooling when it is too much to bear. Let’s utilize generations of wisdom we have on the books to site and design new houses so efficiently that they rarely need mechanical cooling.

I’m going to say it…Passive House is wrong! LEED is closer, but still wrong. If we insulate our homes so much and make them into perfect little cubes of zero air infiltration we loose our connection with the work around us. Don’t be afraid of the world around us, embrace it.

Turn off your thermostat, open your windows and take in a big breath! The world is waiting just for you.

4 thoughts on “The Thermostat Age”