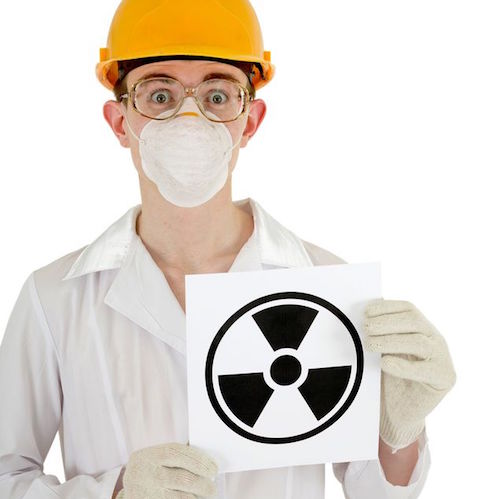 I admit, it’s a pretty sensational title, but there are indeed five things lurking within most any old house that could potentially spell disaster for you and your family. Knowing how to properly handle them is the key to staying safe. We’ll talk about those five things and how to best avoid them. So, read on and take some notes to make sure you’re protected.

Lead paint was banned from residential use in the USA in 1978. Lead exposure is especially dangerous to children. But, if your house was built before then, there is a good chance your house has some lead paint hiding. In fact, the older the building, the more likely it is to have lead. According to HUD:

The most typical places you’ll find lead paint is on trim and moldings (doors, windows, baseboards, etc.). Lead poisoning usually occurs from sanding or scraping old paint which then releases airborn particles which are easily inhaled. For your own safety, if you’re doing any renovating, you’ll need to call an EPA certified contractor who is trained in the Renovation, Repair, and Painting Rule.

The dangers of lead pipes became apparent in the late 1800s, and a gradual phase out started at that time. But, it wasn’t until 1986 that lead was finally banned from pipes and the soldering used in copper piping joints. If your house still has its original plumbing, you would be wise to have a licensed plumber come out and inspect the overall condition of your plumbing and find out what the materials are. Most likely, you will not have lead pipes which pose the greatest danger. The lead soldering and other trace areas where lead was used on other pipes is usually not a threat. However, to give you peace of mind, you can always test your water supply with home test kits.

When it was first introduced, asbestos was hailed as a miracle product. It is made from naturally occurring minerals and is completely fireproof, extremely durable, an excellent insulator and very lightweight. Unfortunately, it can also be deadly if ingested. Long term exposure often results in a deadly kind of lung cancer called mesothelioma, among other issues.

Asbestos was used for all kinds of building materials such as siding, mastic, floor tiles, insulation, roofing materials, pipe insulation, and many others. Asbestos products weren’t officially banned in the USA until 1989, but they were slowly phased out long before then, as people discovered the potential health issues associated with exposure.

Asbestos is generally safe as long as it is not disturbed. If you have some in your house, you’re best to leave it alone if it is in good condition. However, crumbling and worn out asbestos products are a real hazard that MUST be dealt with immediately by a contractor who is licensed and trained in asbestos abatement. If there is a question in your mind about whether something contains asbestos, you should call a trained professional. This stuff is not to be handled by anyone but the pros.

Most old wiring doesn’t pose a threat unless it has either crumbling insulation or is knob and tube. Knob and tube was one of the first standardized designs for wiring. It was a fine design except that as it aged, the insulators (made of rubber) quickly broke down and left wide open wires that can easily cause a fire or electrocution. If your house still has functioning knob and tube, it should be updated as soon as possible by a licensed electrician.

Second, is crumbling insulation. The cotton insulation used on most old wiring can last for many decades, but eventually, it will start showing its age. If you have wiring in your outlets or any other connection points where the insulation is fraying or missing, you are tempting fate. Also, most old homes do not have a ground wire running to outlets and fixtures. Though not a real danger, it does afford a certain amount of stability and protection versus this outdated method. If in doubt, have a professional electrician come check out your home.

Most people don’t even know what a ballon frame is, let alone the dangers it can pose. By itself, a ballon frame is not dangerous. Balloon framing was a type of house construction used for a short period from the late 1800s – 1930s before most builders moved to today’s standard of platform framing. The problem with a balloon framed house is that it doesn’t provide fire blocking. A balloon framed house, especially one without insulation in the walls, can allow a fire that starts in the basement to spread through the house and all the way into the attic in record time compared to a platform or timber framed house.

A balloon framed house can be retrofitted with fire blocking in the stud bays (which typically run from sill to peak unlike platform frames which only run one story in height). This is not the most pressing issue a homeowner can face, but it is a hidden danger that most know nothing about. Another solution is retrofitting the stud bays with insulation (most of which is fire resistant). If you do have access to the stud bays for a renovation on a balloon frame house, then you should take that opportunity to add both fire blocking and insulation to bring your house up to snuff.

Living in an old house is just like anything else. You have to take the good with the bad. But, hopefully now, you’re are better prepared and better educated about the place you call home. This post is merely a primer to help illuminate these issues. If you have any questions, post them here and we’ll do our best to answer them or point you to someone who can.

Do these dangers make you less interested in owning an old home? Share your thoughts in the comments below.

12 thoughts on “5 Dangers Hiding in Your Old House”