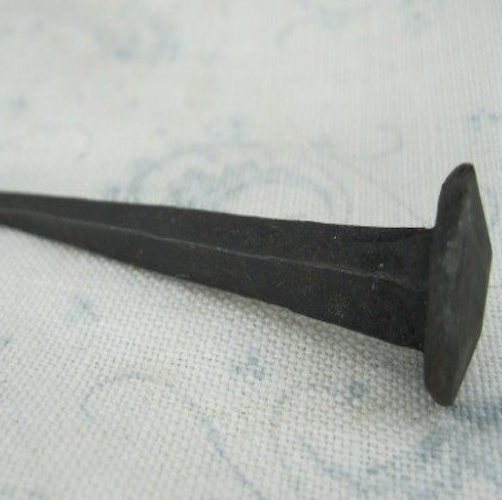 Here’s just a little fun mid-week post about something I’ve been thinking about: Who hasn’t used the phrase “Dead as a doornail” at some point in their life? And how many of us actually know where the term comes from? That’s what I thought.

Well, as it turns out, we may have medieval carpenters to thank for the phrase. “Dead as a doornail” goes back to the 14th century when doornails were as common as…well…doors.

In the days before screws, carpenters would hammer a nail through a piece of wood and then flatten the end over (a technique called clinching) to keep the nail securely attached. When this is done, the nail is said to be “dead” because it cannot be used again. Doornails were often subjected to this type of treatment. And. because of the heft of these old doors, doornails were quite large and visible. The saying eventually spread outside the carpenter’s shops and stuck partly because of its truth, and partly because it’s just so darn fun to say.

What other sayings do you know that can be attributed to old houses or construction?