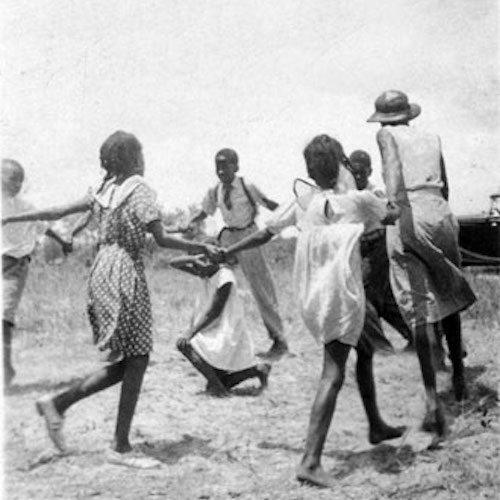 After the end of slavery and the Civil War, blacks across the South began looking to take part in the great American experiment in search of their own prosperity with their newly gained freedom. Though relations between whites and blacks were relatively harmonious in 1880s Central Florida, there was still a desire by many blacks to have a town of their own.

In 1882, businessman Joseph C. Clarke bought approximately 112 acres from Maitland Mayor Josiah C. Eaton. Clarke began selling off the land to black families from surrounding Orlando, Winter Park, and Maitland. And on August 15, 1887 a group of 27 black men in the area met and voted to incorporate Eatonville, thereby creating the first officially black community in the United States. Though nearly 100 of these communities were founded in the same era, only about a dozen still remain today, and Eatonville is the most prominent, being the oldest in the nation.

The town was home to famous author, Zora Neale Hurston (1891-1960) who moved to Eatonville at the age of 3. Her father became mayor of Eatonville. Most of her novels were thinly veiled depictions of life in Eatonville. She wrote several short stories and wrote 7 novels. One her most important novels was 1937’s, Their Eyes Were Watching God. Every year the town holds their annual Zora! Festival in January which is a huge celebration of art and music. Other famous residents of Eatonville are famous football player David “Deacon” Jones and Jules Andre Smith who did a series of paintings depicting life in Eatonville during the 1930s and 1940s. Twelve of these works are on display at the nearby Maitland Art Center.

The town has always been a humble and small black community located a mere 6 miles North of Orlando and very near to the Lake Formosa Historic District. Most of the historic buildings are vernacular bungalows or wood frame of simple construction.

One of the most notable series of buildings in the community was the Robert Hungerford Normal and Industrial School (1897) which was patterned after the Tuskegee Institute with the belief that every student was required to enroll in basic academics in addition to one or more hands on vocational studies. In 1950, the school became part of the Orange County School District and became the Robert Hungerford Preparatory High School.

Most of the old buildings have sadly been replaced over the years, but the Florida State archives still retains some fantastic photos of the grounds from the early 1900s. All the photos below are used courtesy of The Florida State Archives.