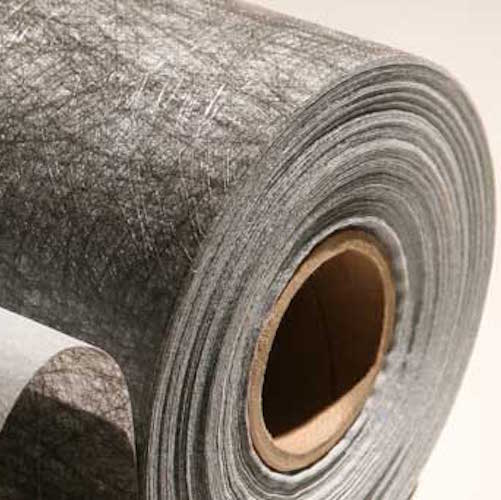 When old houses were built, there was no such thing as a vapor barrier. Sure, there may have been felt paper or rosin paper installed under the hardwood floors or behind the siding, but these pieces weren’t as much about vapor protection as they were about stopping rainwater.

Improper use of vapor barriers is one of the leading causes of moisture-related issues like rot and mold in buildings today.

Vapor barriers are designed to prevent wall assemblies from getting wet. But, when they’re not designed and installed properly, they can actually prevent assemblies from drying, which leads to big problems.

What Do Vapor Barriers Do?

Vapor barriers do exactly as their name suggests. They keep water vapor (and bulk water) from passing through them. This works well to keep moisture from getting into the wall assembly, but what happens when the water inevitably gets behind the vapor barrier?

Well, the best designed vapor barriers are supposed to be better at letting water vapor pass through them from the inside to the outside. Without this permeability, the house wouldn’t be able to breathe and moisture would be trapped in the walls causing issues.

Things like felt paper and house wraps essentially work best at keeping bulk water from getting into the wall and at the same time, allowing water vapor to pass through them to some extent. The extent that vapor passes through these materials is called permeability and is a big area of debate in construction.

Permeability: How much is enough?

15 lbs felt paper has, for decades, been the standard housewrap. It originally got its name from the fact that 100 SF of it used to weigh 15 lbs. Sadly, it’s a little more like 7-10 lbs. today because, like everything, manufacturers have gotten cheaper.

Unlike felt, the housewrap will not absorb the water and disperse it to the outside, which can lead to water being trapped and the resulting rot or mold.

Plastic sheeting, often called Visqueen, is the least permeable of all vapor barriers- having a rating of less than 0.1. This plastic sheeting is meant for serious vapor stopping ability and wherever it is applied, it will provide almost complete blocking.

So, what is right for your house? Well, the big question is where do you live? Requirements in cold northern climates are completely different then in the hot and humid south. The NAIMA website has some very good guidelines for the different climate zones and what type of vapor barriers are recommended.

Where to Install a Vapor Barrier

Going into the specifics of what is appropriate for your house in your climate is something that only a local building science or insulation specialist can prescribe, but I can give you a few rough guidelines for retrofitting old houses.

Conversely, if you live in a hot climate like I do here in Florida the vapor barrier should be on the outside of the wall assembly (just beneath the siding).

One interesting note is that in cold climates vapor barriers are usually required by building codes, whereas in warm climates, the vapor barrier is often an optional portion of the wall assembly as prescribed by the local building codes.

So, what if you are doing work on your old house and have some walls opened up? Should you install housewrap or felt paper of something else? I hate to cop out on this, but the best advice I can give you is to ask a local specialty contractor.

In most of the projects I have worked on here in Florida, we have followed the lead of the original builders and installed 15 or 30 lbs felt. We’ve also stayed away from any interior visqueen because we are primarily a cooling climate.

Another thing I keep in mind for our warm, wet, sunny climate is that the sun shining on rain soaked siding has a tendency to drive vapor inward into the wall; even if there wasn’t any felt paper originally, adding it now creates a necessary barrier to keep as much water out of the wall as possible.

I’m a simple builder and these are simple buildings, so a simple solution tends to work well. If I were to be working on a more complex building, then my techniques would have to be brought into line with the way the building was designed originally.

Keep that in mind always when working with historic buildings. Make sure anything you add to the structure can work in harmony with the original elements of the building. Putting a Corvette engine in a Model T Ford may seem like an upgrade, but it’s likely a recipe for disaster.