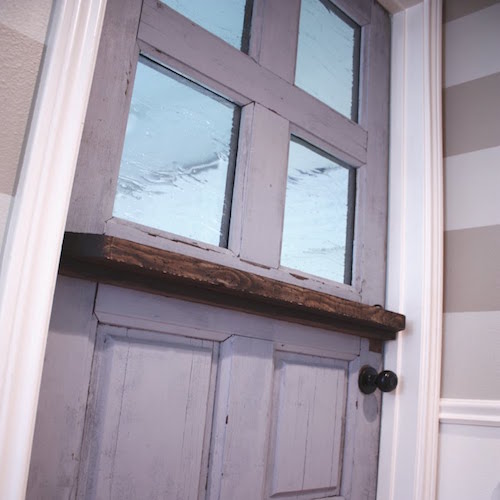 The Dutch Door has been around since the 17th century. And through the centuries, its iconic design has been found in homes across the globe. But, this door has a special relationship with the earliest American colonies where it was almost a necessity of colonial home design.

This unique piece of architecture became popular in the American colonies of New York and New Jersey, which were originally settled by the Dutch before the English took over. This area still exhibits a strong Dutch influence in its colonial architecture.

The Dutch Door may have been invented in Holland, but its popularity in America was unrivaled. The door solved a very big problem in colonial life. Prior to 1887 when Hannah Harger invented the screen door, there was not a good way to allow fresh air into the kitchen and keep the critters out.

At this time, America was largely a rural population and most people lived on farms. Barbed wire had yet to be invented either, and so many farms had various animals milling about the immediate outside of the house. The dutch door not only allowed fresh air in, but also kept these animals out of the house (along with pests like mice) and kept the children safely within the home. The Dutch Door also allowed for the owner to accept deliveries and have conversations with visitors without permitting access to the house. Dutch Doors are essentially made up of two independently moving doors (one on top of the other). They require 4 hinges unlike the typical 3 hinges on most doors. The bottom portion contains the doorknob and lock, and the top portion contains a latch to attach the two portions together. When latched together, a Dutch Door will perform the same as a traditional door. Often, they are found with a “perch” on top of the bottom portion, which is similar to a window sill.  Some Dutch Doors had windows on top while others did not.

Finding an original Dutch Door today is a real treat because they were made in a time when home building was not yet standardized. The sizes and materials you’re likely to encounter will usually be unique to that particular region, giving each door its own individual story.

The Dutch Door is a rare find these days and is a period appropriate addition to most houses built before the 1880s. It harkens back to a different era when people would have a friendly chat with passersby from an open door or set a pie to cool on the top perch of their Dutch Door. And it’s another trend that, like the sleeping porch, is poised for a revival in today’s home.

19 thoughts on “The Dutch Door: A Breath of Fresh Air”