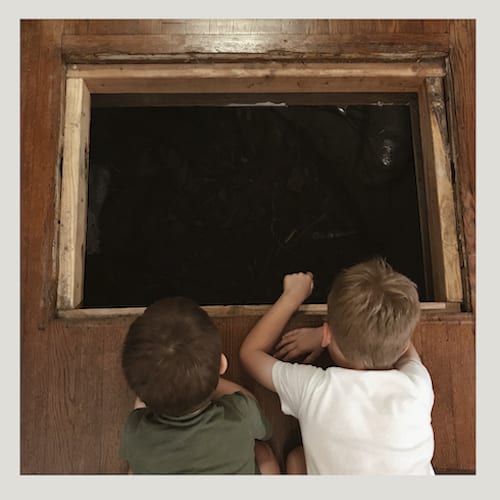 In older buildings, the crawl space is an 18″ to 36″ space between the floor of the building and the earth where mechanical elements like electrical and plumbing are often hidden. This overlooked piece of the house is important to understand because it can cause major issues if neglected.

Your crawl space: it’s dark, it’s scary and if you’re like most of us, you have no idea what’s lurking down there. If you own an old house that was built before the slab on grade craze after WWII, you likely have a crawl space foundation.

Why is the Crawl Space Important?

The crawl space holds a lot of secrets to your old house and can provide a lot of information about past issues and potential future issues. Understanding how it functions best and how to treat it will make you a rock star homeowner and save money and trouble down the line.

Your crawlspace needs to be ventilated. Period. Unless you are building a new zero-energy Passivhaus your crawlspace was likely designed to be ventilated to avoid problems. Ventilation allows moisture from the earth to escape through the vents rather than work its way into your house, potentially causing mold and mildew problems.

Before you listen to the insulation guy who tells you to seal it up and make it airtight, think for a minute about why those vents were installed in the first place.

Unlike those poor sobs with a slab foundation, you have access to all your mechanicals like plumbing, electrical, and HVAC (sometimes) by crawling around under the house. Nobody likes climbing down there, but it’s a lot easier than jacking up a hole in a concrete slab to repair a burst pipe or upgrade your electrical.

Inspecting for potential issues and making repairs in much easier in a crawl space, so count your blessings.

Not only are you able to spot issues with your mechanicals, but you can also nip other problems in the bud. Inspections are much easier in a crawl space where you can more easily spot and remedy issues like subterranean termites, wood rot, and foundation issues.

Another plus is getting to play detective. I can tell if there was fire damage at one point, tell what kind of fasteners were used on the foundation, check to see what’s underneath those tile or linoleum floors and if they were original, and a host of other things.

How to Protect Your Crawl Space

There are a few things you need to do to secure and protect your crawl space and fortunately, they don’t require constant work. They are very much a once and done kind of thing and once they are completed, you can avoid sticking your head down there except for the random curiosity.

Protecting your crawl space from critters like mice, rats, raccoons, squirrels, or the neighbor’s feral cats is more important than you may think. If not sealed up, your crawl space is a warm bed for any critter looking for a home. Those pests tend to chew on warm electrical wires, tear open plumbing pipes for a drink, make nests in you insulation, and leave their messes behind.

Critters in the crawl space are NOT a good thing, and you need to seal things up in a way that keeps them out for good, but allows airflow. My favorite tool for this is 1/4″ hardware cloth that keeps most anything at bay when secured properly. I’ve written another post about How To Keep Critters Out of Your Crawl Space that you can read here.

In stem wall construction, moisture continuously evaporates from the earth and makes its way into your crawl space since these are not as well ventilated as the more open design of the pier and beam foundation. To keep the humidity at bay, you need to lay down some plastic sheeting covering the dirt. Black 6 mil plastic works best and is fairly inexpensive. The Spruce has a great how to post on the topic.

Radon is an odorless, tasteless radioactive gas that occurs naturally in the earth and can seep into your crawl space increasing your risk of cancer. It sounds terrifying, but in reality, it is not difficult or expensive to fix. The thing is that you have to have someone test for it to know if it’s an issue.

It is more common in the northern parts of the US, so having a test for peace of mind is definitely worth it especially if you have neighbors with positive tests.

Now you’re a pro about crawl spaces. You know what the potential issues are and you know how to resolve them. It doesn’t take much to get your crawl space in tip top shape, and once you make these few improvements, you’ll be able to forget all about that dark scary place again. Before you switch into “out of sight, out of mind” mode again give some thought to how you can improve that dark corner of your house called the crawl space.