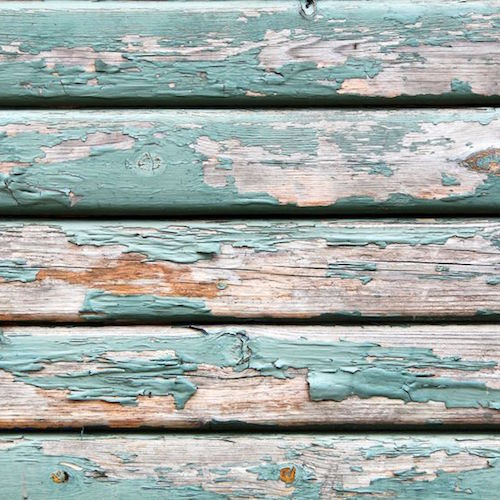 Lead paint and lead poisoning, as it pertains to old houses, have long been a lightning rod of controversy. Some people even refuse to own an old home due to fears of lead paint. But lead paint may not be the national health concern you’ve been told it is.

I’d like to start by saying that lead poisoning is nothing to scoff at. For children under 6 yrs. old and pregnant women, even the smallest amount of lead can be very dangerous. I have a 4-month old son and we are vigilant about protecting him from exposure to lead paint around our old house.

That being said, I believe that the recent EPA and CDC rules and regulations concerning lead paint are completely unwarranted and accomplish nothing but increasing costs for homeowners and contractors.

My company is very careful to follow the complex array of rules laid out in the EPA’s Renovation, Repair and Painting (RRP) rule that went into effect April 2010. We take pictures, record paperwork, distribute literature, control dust and the slew of other things required by the rule.

Strangely, the CDC’s most recent testing shows that there was really no need for these regulations in the first place. Other than being a veiled attempt to bring additional money and power to the EPA’s coffers in the way of licensing fees, fines and regulatory powers under the guise of “public safety”, these rules seem to have had little, if any effect on the rates of lead poisoning among our children.

Lead paint was banned by the EPA in 1978 for use in “child-occupied facilities” (residences, schools, daycare, churches, etc.). Prior to 1978, it was slowly being phased out as a paint additive, and the older a house is, the more likely it is to have lead paint.

Lead is dangerous because the body cannot determine the difference between lead and calcium and thus attempts to use lead in the same metabolic processes as calcium. At high rates of exposure, this causes a list of non-descript symptoms such as:

In 2010, the EPA passed new regulations dictating how renovators must conduct their work in buildings built before 1978. Renovators must now be licensed and follow not only very stringent work rules regarding dust creation and containment, but also a barrage of paperwork that must be filed and saved ad nauseum.

Compliance with these regulations has greatly increased costs which are passed on to homeowners to help cover the extra materials, licensing costs, increased labor costs and general extra risk (fines for non compliance can be as high as $35,000 per incident!) associated with working under an RRP license.

But the EPA isn’t telling the whole story. Lead poisoning rates in children under 6 have been falling steadily to minuscule amounts as of 2011 (the last year stats are available). All this without the EPA’s new burdensome lead safe RRP rules.

In my home state of Florida in 2009 (the last full year without the RRP rule being in effect) the CDC shows that there were 0.12% of children under 72 months old with a Blood Lead Level (BLL) of 10 mcg or more per deciliter (the previous safe limit). In 2011, the same testing showed that the number children above the safe BLL was 0.13%. Not exactly a stunning example of progress.

In fact, the country as a whole has made huge strides in eliminating lead poisoning in children under 6 (there is no lead poisoning threshold for adults and children over 6 yrs old). Since 1997, the national numbers have gone down from 7.61% to 0.56%. Since 1997 alone, that represents a 92.6% reduction in Blood Lead Levels of unsafe levels!

When you look at numbers like these does it seem that the country is in imminent danger from lead paint? No, in fact, it sounds like through education and prevention, we have been making huge strides at keeping our children safe from the dangers of lead long before the EPA stepped in to try to make some money and usurp some power.

A large part of this improvement is from airborne lead levels mainly from the removal of lead from gasoline. The Clean Air Act Amendments of 1990 mandated the elimination of lead from all U.S. motor fuel by January 1, 1996. This important step in protecting our children has created huge gains in public health where lead exposure is concerned. The chart below shows how airborne lead levels in the U.S. have decreased 89% between 1980 and 2010. The elimination of leaded gasoline has arguably done more for preventing lead poisoning than anything else.

Supported by all this data, I think we can safely say that old lead paint, while a potential danger, is not the overly-hyped, expensively regulated, massive health problem that it has been made out to be.

If you have peeling paint in a house built before 1978, you should be careful. Young children like to put things in their mouths and paint chips are one possible option. Also, when embarking on old house renovations, think carefully about containing dust and protecting your family.

I don’t think a brazen, no holds barred renovation and remodeling climate is what we need, but something a bit more flexible than the currently cumbersome and unwieldy RRP lead-safe work and documentation rules would do wonders to help homeowners and renovators work together, especially in houses that don’t have children or pregnant women.

If unsafe blood lead levels were designed with children in mind and with the purpose of protecting children, then why are we treating adults like children? While we’re at it, we might as well require all adults in a car to be in a car seat, since that is the safest option. How about outlawing unhealthy salts, fats, sweets and soft drinks over a certain size too? But no one would attempt that. That is just too ridiculous to even imagine. Or is it?

What do you think? Have I gone too far or is there a change needed?